Over the past 30 years the Bermuda Run Garden Club has earned a reputation for excellence and leadership in community service not only in Davie and Forsyth counties but across the nation.  A twelve time winner of the State Garden Club of the Year award and a national Shell Oil Environmental Awareness Award for starting the first recycling project in Davie county head the list. These contributions have been made possible by the hard work of many women who are and have been members of the club’s 30 year history.

Founded in 1984 by the late Grace Maddrey along with charter members Ann Cornwell and Lois Price the club continued to grow with monthly meetings and town projects. Programs planned were a variety of fun and work with visits to Botanical, Wildflower and Herb gardens. Some projects were to benefit public parks while others were to beautify our area nearby. Workshops covered information and awareness of preparation for the first Annual Flower show. 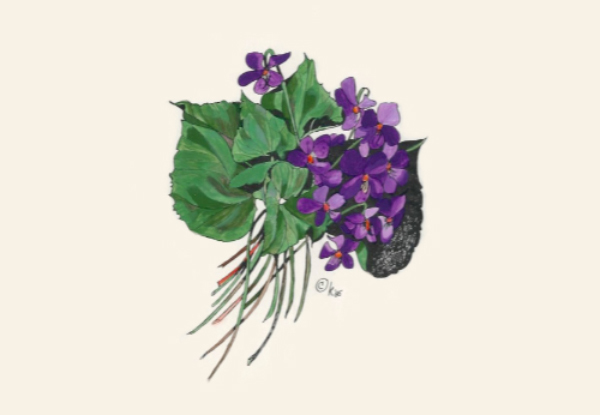 It was during this first year the club flower – violet- was chosen and member Katie Reidenbach presented then club president Ann Cornwall with an original watercolor rendering. In 1987 a two year landscaping project around the Bermuda Run Post Office began. By the end of the first year the club had grown to 30 members. 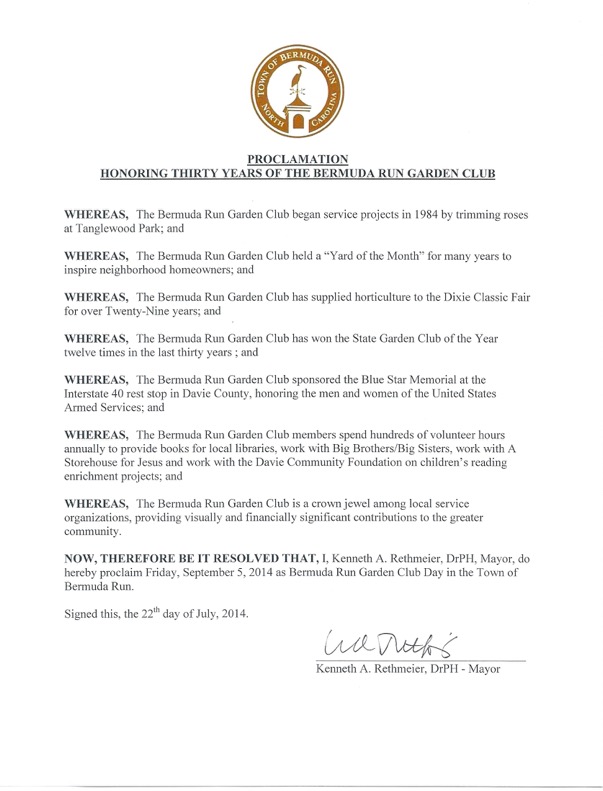 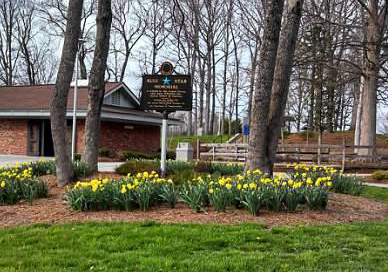 Furthermore the proclamation recognized the organization as a “crown jewel” among local service organizations providing visually and financially significant contributions to the greater community.  Accepting the award was Garden Club President Sue Whittaker. “ The Bermuda Run Garden Club is honored to accept such an award” she said. “We are proud of our history of service and we are committed to continue to give back to our community.”